Traveling especially in winter is something everyone wants to do. Many people have a long dream list of different countries that they would like to visit at least once in their life. But while making the list, unfortunately, We forget about those beautiful destinations that are in our country for many reasons in which the security reason and the lack of exposure are at the top. But whatever the reason, we have to admit that we Pakistanis are so influenced by western tourist spots that we completely neglect what we have in Pakistan. We have one of the highest mountain peaks in the world, endless deserts, heritage and infinity. Astola Island is located near Pasni in the Gwadar region of Balochistan. Also known as satadip or Island of the seven hills. Astola is the largest island in Pakistan and is also the only significant island in the North Arabian Sea. If you see pictures of this island, you might confuse it with Thailand until you read that it is Pakistan. The Astola island is mainly used by fishermen to catch oysters and lobsters.

This island is located in a secluded place that has helped sustain endemic life forms. There is a huge breeding of green turtles and it is an attraction for tourists. There are many seabirds on the island such as gulls, plovers and sandpaper birds. Remains of an ancient Hindu temple of Goddess Kali are also found on the island, which is why the Astola island is known to Hindus as Satadip. There is also a prayer ground dedicated to the Muslim Pir Khwaja Khizr who according to legend is said to rule the oceans. It is also believed that he occasionally visits the prayer hall and leads prayers. The hunter uses the prayer yard mostly in the hunting season which runs from September to May.

To promote this beautiful island, the World Wildlife Fund (WWF) launched a pilot program of eco-tours for the corporate sector in 2010 in partnership with the Pakistan Wetlands Program covering the Makran coast of Pakistan. The newly launched ECO Travel Program from WWF-Pakistan aims to explore sites of importance to ecotourism, provide opportunities for the general public and the corporate sector to appreciate those opportunities, and foster an environment that can sustain this effort in the long term. This also aims to raise awareness of corporate sector companies about the conservation needs of ecotourism attractions for their understanding and investment potential of CSR funds.

The main objectives in this regard are to promote tourism, preserve the country’s natural hotspots, provide access to rare marine and terrestrial species, develop a sense of responsibility to reduce our ecological footprint, and provide the opportunity to seek support for Pakistan’s natural resource conservation and societal advancement. Attractions offered by the World Wide Fund for Nature include

The road to Astola Island is very easy, starting from Karachi and entering Gawadar via the Makran Coastal Highway. There is a sub-district known as Pasni where there are motor boats that take you to the Astola Islands; It takes about 5 hours to get from Pasni under full security. 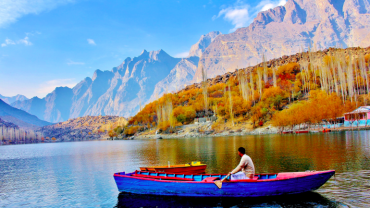 What are some popular tourist attractions in Pakistan?

Pakistan is a country with a rich history and culture, and... 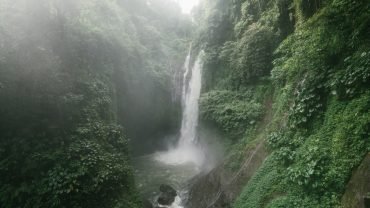 Most Beautiful Umbrella Waterfall: Sajikot Abbottabad To show off the beauty... Places to Visit in Murree